The Society for Advancement of Hispanics/Chicanos and Native Americans in Science (SACNAS) is an inclusive organization dedicated to fostering the success of Hispanic/Chicano and Native American scientists—from college students to professionals—to attain advanced degrees, careers, and positions of leadership in STEM. 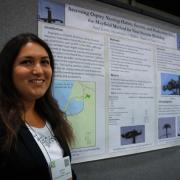 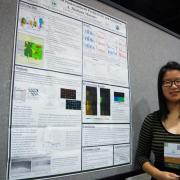 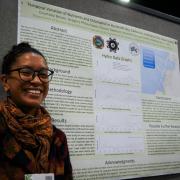 The Sevilleta National Wildlife Refuge (NWR) located in central New Mexico is unique among protected areas in the southwestern U.S. Four major biotic zones intersect on the refuge, creating a biologically diverse ecosystem that has attracted scientists internationally. One such biome, the Piñon-Juniper woodland, provides breeding habitat for the Gray Vireo, Vireo vicinior, a little-known southwestern songbird listed as threatened within the state of New Mexico. Limited information is available in this part of the state regarding the vireo’s nesting success, and even less is known about the species response to low-intensity prescribed fire. The objective of our project is to fill in the knowledge gap in the species’ breeding biology and provide relevant data to inform future management activity in Gray Vireo habitat. We conducted point surveys, nest monitoring, and vegetation measurements in 3 locations within Los Piños Mountain on the eastern portion of the Sevilleta NWR. Preliminary results suggest that Gray Vireos avoid an area of the study site that was burned this spring, despite the apparent availability of suitable nesting habitat. Data from previous field seasons, for a total of 5 years, will be compiled and analyzed to produce a detailed report on the Gray Vireo population in this area. We recommend a continuation of current Gray Vireo monitoring efforts within the Sevilleta NWR to gain a better understanding of the species’ population dynamics. Future management activities within the refuge will benefit from additional data on this threatened species. 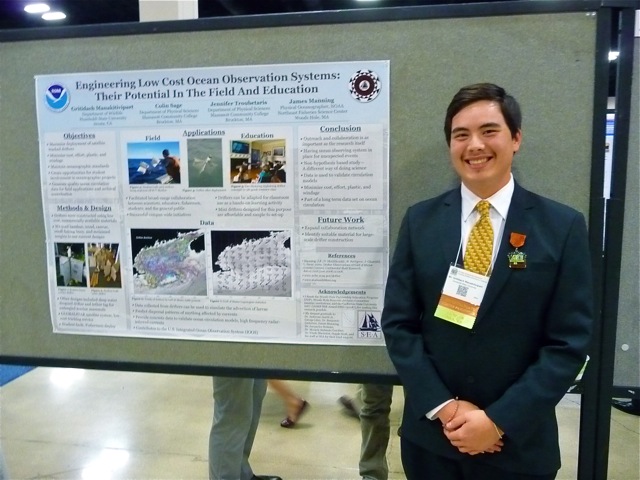